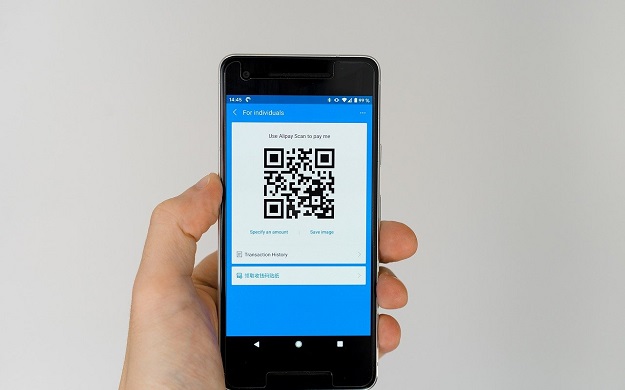 As of today, Mobile Financial Services (MFS) are the most significant and rapidly growing incarnation of Financial Technology, especially in our country. Currently, MFS is playing a vital role in the financial industry of Bangladesh as well as facilitating financial activities for people of all classes and professions. Despite some obstacles as a developing and overpopulated country, there are huge opportunities and potentialities for this sector in Bangladesh.

What is Mobile Financial Services (MFS)?

Currently, there are 59 banks in Bangladesh operating with 10,467 branches (as of 2019). But in many cases, this number is not enough to bring the huge population of the country under banking services. Also, banking services were not as accessible to rural and marginalized people as in urban areas. The central bank of Bangladesh is determined to bring the unbanked population of the country under banking services. Following this in 2011, mobile financial services were launched by three private banks – Dutch Bangla Bank Limited (DBBL), BRAC Bank Limited, and Trust Bank Limited. Among them, BRAC Bank’s “bKash” and DBBL Mobile Banking (now “Rocket”) have become very popular MFS in a very short time. Since the launch of these services, financial inclusion in Bangladesh has been increasing significantly, especially after 2013. Although still in most cases the use of the MFS is limited to just Cash in/out transactions, P2P transactions, airtime purchases, and certain bill payments.

Though there are 16 MFS providers in this country, bkash and Rocket mainly dominate the sector by holding the largest amount of market share. Among others, Nagad has been showing quite a positive growth in recent times. All the MFS have mobile apps with various features available for their users as well as they can avail of the services through USSD codes.

bKash, one of the very first MFS providers of Bangladesh, captures over 80% market share that makes it the market leader of this sector. Operating as a subsidiary of BRAC Bank, it was started as a joint venture between BRAC Bank Limited, Bangladesh, and Money in Motion LLC, USA. Following the remarkable success and impacts of bKash on the country’s financial systems, the International Finance Corporation (IFC) became its equity partner in 2013 and Bill & Melinda Gates Foundation became its investor in 2014. Again in 2018, Alipay, an affiliate of Alibaba Group, became another international investor in the company. Associating with all the five Mobile Network Operators (MNOs), bKash has successfully spread MFS throughout the country. Currently, it has more than 180,000 agents countrywide and over 30 million registered accounts.

Dutch Bangla Bank Limited. (DBBL) is the pioneer of providing banking services through mobile networks in Bangladesh. DBBL Mobile Banking was the first MFS to provide a wide range of financial services. In 2016, it was rebranded as Rocket along with more extensive services than before. Currently, it is the second-largest MFS provider in the country holding over 17% market share. The number of active users of Rocket is more than 18.2 million and it has about 267,000 agents operated by 277 distributors across the country. From the beginning, Rocket has been providing some additional benefits to its users, e.g. withdrawals from bank branches and ATMs. It’s also well ahead in terms of services like corporate money collection, salary payment, allowance payment, scholarship payment, etc. At present, 611 organizations of the country pay salaries and allowances through Rocket accounts.

Nagad, a Digital Financial Service (DFS) of Bangladesh Post Office (BPO), is successfully providing the MFS throughout the country. In 2018, BPO merged its previously launched Money Transfer System (EMTs) and Postal Cash Card and reintroduced them as Nagad. Since it’s offering a wide range of MFS and has become quite popular. Though from the beginning, it provides demanding services like Cash In/Out, Send Money, and Mobile Recharge, services like Bill Payments, Deposits (Sanchay) are currently available. As of July 2019, it has 2.5 million customers and 32,000 agent points across the country. Nagad is the first MFS provider in the country to launch Digital KYC (DKYC), a customer onboarding feature comprising Bangla OCR, automated identity verification, and localized data.

SureCash is a dynamic MFS platform launched by Progoti Systems Limited in 2014. It’s an open network of payment services in partnership with 4 local banks in the country and 1,500 payment partners. The associate banks of this network include one of the largest state-owned banks — Rupali Bank Limited. According to the officials of SureCash, they have 180,000 retail agents countrywide and serve 20 million customers. They have developed their proprietary technology, especially focusing on utilities, education institutions, government educational programs, etc.

MyCash is another potential MFS launched by Mercantile Bank Ltd in 2012. Currently, it has network connectivity with every Mobile Network Operator (MNO) of Bangladesh and provides a wide range of financial services. There are over 95,000 agent points of MyCash throughout the country and it has more than 840,000 subscribers.

mCash is the mobile financial service of Islami Bank Bangladesh Ltd. Through this MFS, users can get Islamic Shari’ah based banking services. mCash enables its users to withdraw money from branches of the bank and ATM booths. It also has a good number of agent points countrywide.

After a long review and ad hoc permissions on MFS for some time, the central bank of Bangladesh issued the regulatory guidelines for MFS – “Guidelines on Mobile Financial Services (MFS) for the Banks” on 22 September 2011. It was later updated in December of that year. According to the guidelines, only the bank-led model of MFS will be permitted in Bangladesh. Thus, the MFS account of a customer that is accessible through his mobile device will be known as a “Mobile Account” and will rest with his bank. Also, it will be a non-chequing account classified separately from a standard banking account.

At present, 15 banks in the country are providing MFS with over 1 million agents countrywide. Apart from the banks, the Bangladesh Post Office is also providing MFS under its Digital Financial Service (DFS) platform. As of July 2020, the number of registered MFS users was 925.73 lac of which 426.78 lac accounts were active (as per transacting within 3 Months). The total amount of transactions through these accounts was TK 62,999.42 crore in that month. Moreover, MFS gets a big boost as digital transactions become quite important in the current COVID-19 epidemic situation. These services become the largest means of distributing allowances and incentives announced by the government. At the same time, various government and private organizations pay the salaries of their employees through MFS.