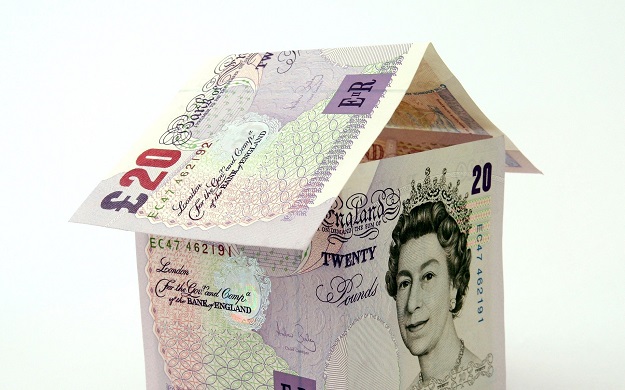 Abundance A physical or economic condition where the quantity available of a resource exceeds the quantity desired in the absence of a rationing system.

Budget Set Different bundles of goods and services that are attainable to the consumer at given market prices and the consumer’s fixed level of income.

Barrier to entry Any force that prevents firms from entering a new market.

Buyer’s surplus The difference between the buyer’s reservation price and the price he or she actually pays.

Competition The process of consumers bidding prices upwards or producers cutting prices in order to allow those agents to be involved in market trade.

Complementary Goods A pair of goods where the quantity demanded of one increases when the price of a related good decrease.

Consumer’s Surplus The difference between what a consumer is willing to pay for each unit of a commodity consumed and the price actually paid.

Cross-Price Elasticity of Demand A measure of sensitivity in the quantity demanded of one good in reaction to changes in the price of a related good.

Capital gains  Increases in the value of existing assets.

Capital losses  Decreases in the value of existing assets.

Cartel  A coalition of firms that agrees to restrict output for the purpose of earning an economic profit.

Change in demand    A shift of the entire demand curve.

Change in supply  A shift of the entire supply curve.

Change in the quantity demanded  A movement along the demand curve that occurs in response to a change in price.

Change in the quantity supplied     A movement along the supply curve that occurs in response to a change in price.

Closed economy  An economy that does not trade with the rest of the world.

Complements  Two goods are complements in consumption if an increase in the price of one causes a leftward shift in the demand curve for the other.

Constant (or parameter)       A quantity that is fixed in value

Decreasing Returns to Scale (DRS) A long-run production concept where a doubling of all factor inputs results in less than double the amount of output.

Demand A relationship between market price and quantities of goods and services purchased in a given period of time. Represents the behavior of buyers in the marketplace.

Diminishing Marginal Productivity (DMP)  A short-run production concept where increases in the variable factor of production lead to the less and less additional output.

Economic Agent  A decision-maker involved in any type of economic activity.

Economics The study of how a given society allocates scarce resources to meet the unlimited wants and need of its members.

Efficiency  A situation in the allocation of resources where the benefits of consuming one more unit exactly equal the (social and private) costs or producing that good.

Equilibrium  A condition where there is no tendency for an economic variable to change.

Expenditure The amount spent by a consumer on a bundle of goods or services (the product of market price and quantity demanded).

Factors of Production   An exhaustive list of inputs required for any type of production.

Factor Prices  The payments made to the factors of production (rents, wages, interest, and profits).

Final Goods and Service   Goods and services that are purchased for direct consumption.

Flow Variable  A variable that is measured per unit of time.

Income Elasticity of Demand   A measure of the sensitivity of quantity demanded to changes in consumer income.

Income-Neutral Good   A good where the quantity demanded is unchanged when consumer income changes.

Increasing Returns to Scale (IRS)   A long-run production concept where a doubling of all factor inputs more than doubles the amount of output.

Indifference Curve    A set of points that represent different bundles of goods that provide the consumer with the same level of satisfaction (or utility).

Long Run Production   Production activity where all factors of production may vary in quantity. The firm has the freedom to substitute among these factors or production in an attempt to minimize costs.

Marginal Rate of Substitution   The rate by which a consumer may substitute a quantity of one good for another holding his/her level of utility constant.

Marginal Costs   The cost of producing one more unit of a good in the short run. A measure of the opportunity costs of the variable inputs in their next best use.

Marginal Revenue   The revenue generated to a firm by selling one more unit of a good or service.

Marginal Utility  The satisfaction a consumer receives by consuming one more unit of some good or service.

Market   Markets refers to the set of all actual and potential buyers of a product or a service.

Monopolistic Competition    A market structure is similar to perfect competition in that there are a large number of firms competing in a given industry. However, each firm is selling a differentiated product and may exploit brand preferences such that is may act as a monopolist with respect to its own customers.

Monopoly A market structure where only one firm exists in a given industry. This firm has a high degree of market power such that it is able to act as a price-maker with respect to market prices.

Need   Needs are the stage of felt deprivation.

Wants are desires for specific satisfiers of the deeper needs shaped by culture and society.

Oligopoly  A market structure with only a few firms in a given industry.

Opportunity Cost   The value of a resource applied to its next best use.

Perfect Competition  A market structure where many firms exist, each with a small percentage of market share selling a homogeneous product. These firms are all price-takers with no influence on market price.

Price Elasticity of Demand    A measure of the sensitivity of quantity demanded to changes in market price.

Producer optimum   A choice of input combinations or output levels that maximize the profits of a producer taking all prices as a given.

Producer’s Surplus   The difference between the revenue received and the variable costs of production for each unit of a commodity sold. Represents a contribution to fixed costs and producer profits.

Production Function   A technical relationship between a certain level of factor inputs and the corresponding level of output.

Production Possibilities Frontier   A relationship between two types of output defining the tradeoff that exists in allocating resources from the production of one good to the other.

Profits   The difference between sales revenue and the costs of production.

Rationing Systems    A process used to match the desire for goods and services with their availability.

Relative Prices   A ratio of any two prices or one particular price compared to a price index.

Resources  The raw materials and other factors of production that enter the production process or final goods and services that are desired by economic agents.

Revenue  The amount received by a producer from the sale of goods and services (the product of market price and quantity sold).

Risk    A measure of uncertainty about the value of an asset or the benefits of some economic activity.

Satiation     A level of consumption where the consumer is fully satisfied in a given period of time.

Scarcity   A physical or economic condition where the quantity desired of a good or service exceeds the availability of that good or service in the absence of a rationing system.

Shortage    A  market condition where the quantity demanded of a particular good or service exceeds the quantity available.

Stock Variable     A variable measured at a point in time.

Substitution Effect   The reaction of a consumer’s demand for goods based on changes in relative prices holding purchasing power (or utility) constant (see Income Effect).

Substitute Goods   A pair of goods where the quantity demanded of one increases when the price of a related good also increases.

Supply  A relationship between market price and quantities of goods and services made available for sale in a given period of time.

Total Effect    The observed change in quantity demanded due to a price change of one particular good.

Unrelated Goods   A  pair of goods where the quantity demand of one is unaffected by changes in the price of the other.

Utility    A measure of the satisfaction received from some type of economic activity (i.e., consumption of goods and services or the sale of factor services).

Variable Costs of Production   Production costs are related to changing quantities of a variable factor of production in the short run.

The Definition of Accounting and It’s Origin