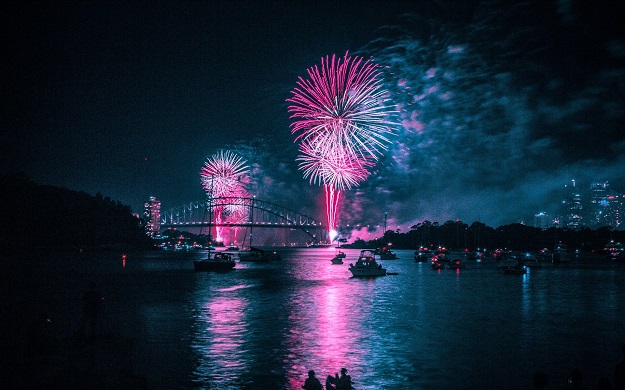 5 Ways to Get Back on Track in New Year

The wheels of time have turned and a new year is upon us. It’s time to make resolutions, promises, goals etc. You promise yourself this year will be different, Right! This is the year you will turned your life around, make changes, and finally will make an effort to better yourself. Right?…… Right? But Wrong!!!!!!!!!

Just like every other year, you’re still eating a ton of junk food, still wasting time by watching cute animals on youtube and you’re still calling Your Morzina 24 times a day hoping she will take you back. And just like that, you’re repeating the previous year all over again. So, what? Go with the flow and forget all the resolutions, plans and promises you made to yourself? No. It’s time to stop.

It’s time to stop making resolutions that don’t work and just end up making you feel bad. If you really wanna make changes this year you gotta do it in a smart way. Want to make a resolution that you will actually follow through to the bitter end? Then take a clear-headed approach. Cause even something as simple as making a list won’t be effective if you do it like an over-excited 5-year-old.

So this new year try considering the following before making your resolution.

How Your New Year will be in Track?

One thing that happens to all of us, is that a million different thoughts run on our heads while making a resolution. “I wanna learn to code”, “ I wanna read 900 books”, “ I wanna get a six pack” and blah blah blah…… But think about what’s actually important, what’s actually worth the effort of putting in your resolution. Ask yourself, “Is learning to play the guitar to impress others as important as learning to code?”. If the answer is “no” then don’t even consider it. When you put unimportant things on your list, the important ones lose their value and your list just becomes a pile of mess that you won’t have any motivation to follow through.

b) Make it realistic

Now that you have prioritized what you want to be put down on the list, try making them realistic. You’re gonna follow this list to the end, so try to make it while keeping your ability and weaknesses in mind. Most resolutions fail because we set unrealistic goals that are absolutely out of touch with what we are actually capable of. So, instead of writing,” I’ll read 900 books”, write down what you’ll actually be able to achieve and won’t get overwhelmed while doing so.

Make your list as clear as possible. Write it down in a way that will encourage specific actions. Don’t write, “I’ll better myself”. That’s not a goal that sounds like a vague emotional statement from a man-child who’s going through a bad breakup. It doesn’t inspire action. Try thinking WHAT you’ll do to better yourself. Will you read books? Try to talk to new people every day? Or maybe learn some new skill?. Writing specifically will give you a clear view of what to do and you will be less likely to deviate from them.

Great, you’ve made your list! Now it’s time to incorporate it into your life. What? You thought you’d make a list and it’s done? Nooooooooooooooooooo! This the part where you make time in your daily schedule for the things on your list, by breaking them down into daily activities. Was your goal to read more books? Then stop stalking that girls Facebook profile and use that time to read a book! Replace the unproductive habits and try forming new ones that go in line with your list. That’s the only way you’ll actually ever change.

This part is more about your mindset than about the list but I felt like I had to include it. I know, it’s not easy to change your habits just like that and form new ones. And it won’t be easy to keep up every day. Cause you won’t feel the same every day, none of us do. Some days you’ll be happy and optimistic, other days will wanna crawl into a hole and forget this miserable world altogether, but that’s not the point!. The point is, regardless of how you feel, how your day is going, sticking to the list is important. Because real change comes with conviction.

So, this year do it differently. Make the list you really wanna work hard for and maybe this year won’t be as miserable as the last one.

Sayonara and a Happy New Year.

Related Topics:new year
Up Next

Types of Part-Time Jobs for Students in Bangladesh

Career In Pharmaceutical Companies In Bangladesh

Microfinance in Bangladesh: Emergence & Role in Our Economy