For Job Seekers For Students Top 10 in Bangladesh

For Job Seekers For Students Skills For Career

Fresher's CV/Resume Sample for Applying in a New Job & Interview

Career In Defence Sector For BBA Students In Bangladesh

Types of Part-Time Jobs for Students in Bangladesh 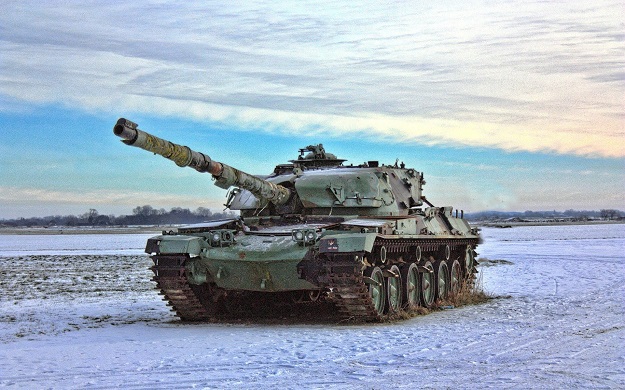 Actually the defense in Bangladesh are divided into 4 categories.  They are,

Every type of defense job has some specific requirements. There are also different types of advantages for every job. Here is a short description of these:

The people of Bangladesh chose the career Bangladesh Army as their first priority. 148,617 regular army personnel and 13,508 civilian personnel work in the Bangladesh Army. The jobs in the army are divided into 3 categories.  They are CO ( Commanding Officer ) JCO( Junior Commissioned officer) and NCO (Non-Commissioned Officer). COs are known as first-class gazetted officers and they have the power to order the JCOs and NCOs. To become a commanding officer one has to go under some set of tests. At first, he/she has to get at least a 4.50 GPA in SSC and 5.00 in HSC. Then preliminary medical and viva occur. If the candidate gets selected, then he has to attend a hundred mark exam. After clearing the exam, he has to complete the 4-day long ISSB (Inter Service Selection Board). After getting a green card in ISSB with a high GPA, he/she will be able to join the 3 year toughest training. When he/she completes the training, he/she then becomes a CO.  JCOs are first-class non gazetted officers. After completing graduation from any university with high CGPA one can apply for JCO’s post. The training of JCOs is 8-12 months long. NCOs are the most junior office.  With having more than 4.50 GPAs in SSC one can apply for the post. After some tests, they gain the green card and complete training of 8-12 months. As defense service holders are government employees, they’ll get salary according to the Public service commission pay scale. Also, they’ll get ration from the government, vehicles, houses, land plots, free medical treatment in Combined military hospitals. Kids and family members of the army personnel will get the privilege to get admission to army schools, Army colleges, and Army Universities more than the civilians. The army personnel can earn a lot of money when they go to different countries to participate in the UN peacekeeping missions, with a risk of losing life at the same time. But compared to other professions, the Army is one of the best professions in the world. The Army always holds a place of respect in people’s hearts.

Bangladesh Navy is another choice of the people. Bangladesh Navy is a military force that provides naval support to the Bangladesh Army and Bangladesh Air Force. 21,281 personnel work in the Bangladesh Navy with 112 ships and 4 aircraft.  The jobs in the navy are also in 3 categories. These are totally like the army. But in some cases, the demand for GPA or CGPA is less. A navy person is a government official. So he/she will be paid according to the Public Commission pay scale. He/she also gets ration and other facilities like army personnel.

Bangladesh Air Force is a military force that provides air support to the army and navy. Bangladesh Air Force has enriched with different types of new modern fighting air crafts and ammunition. 14000 active personnel work in the Bangladesh Air Force with 159 aircraft. Jobs in the air force are categorized in 3 ways like the army. Selection in the air force is also like the selection procedure of the army. But the demand for GPA and GPA is less. In this case, commissioned officer trainees must have to obtain at least 4.00 both in physics and math in his. An air force personnel gets all the facilities as army personnel gets.

Border Guard, Bangladesh is also known as BGB is the safety force of our border area. They keep the border safe so that no enemy can enter into our country and harm us. 50000 well-trained personnel work as the Border Guard of Bangladesh. This auxiliary paramilitary force job is categorized into 3 ways as like the army.  But the COs are army, navy, air force officials. NCOs get directly into the BGB. As this is a government job, the salary they get according to the Public Commission pay scale. They also get ration, free medical treatment, etc.

Rapid Action Battalion also was known as RAB is the elite force of Bangladesh. 2002 personnel work in the RAB. This job is categorized as the army. But RAB has no own man force actually.  Officers of the army, navy, air force, and Bangladesh Police are working for RAB. Most of the officials are from Bangladesh Police. RAB is mainly formed to prevent IT crimes. They also work to stop drug trafficking and terrorism. They also get salaries like the army. They have all kinds of facilities.

Bangladesh Police is a nonmilitary force that provides safety from an inner country collision. Actually Police are the second-largest force in Bangladesh according to the number of personnel. About 250000+ active members are here. This is under the Ministry Of Home Affairs. Police also have 3 categorized officers. The COs have to complete BCS. The JCOs have to cut a good CGPA from university and NCOs have to gain a good GPA both in SSC and HSC. Police also get a good salary, ration, etc.

Fire Service And Civil Defence is an auxiliary nonmilitary force that works to control fire and other disasters to save the people. In 427 fire stations, 10000 personnel works.  They also get a good salary.

Bangladesh Ansar is the largest force in Bangladesh with 68,40,000 active members. They are trained to help police especially. In some cases, they help the army also. This paramilitary force gets a salary from the government. There is a special branch of Ansar known as VDP (Village Defence Police). They work to keep the village calm.

Coast Guard Bangladesh is a special type of paramilitary force which works for the safety in the coastal areas of Bangladesh. 3339 personnel work in this with 62 ships. Actually the members of the coast guard are from the navy. They are well trained and armed and they save Bangladeshi fishermen from the attack of the pirates. They also get a handsome salary

BNCC (Bangladesh National Cadet Corps) is also a paramilitary reserve force.  It helps Bangladesh military force in any war. But this is one kind of voluntary organization and there is no salary for them every month.